This is the first poem I have ever memorized that wasn't a song.  Surprisingly it was easier than expected. Perhaps it was because I expected to not get it right for awhile, so that gave me permission to fail?  I also identified sections and memorable lines to frame the outline which helped pull me through.

It was after I memorized it and met another grace poem that I realized it was foretelling WotY 2015.  Here it is ...

Lovers of God, sometimes a door opens
and a human being because a way
for grace to come through.

Song/Dance: I Planted Seeds: Where & How

Have you sung and danced "I Planted Seeds" recently?  Has it taken root in your ears and heart and started to grow?   Are you wa... 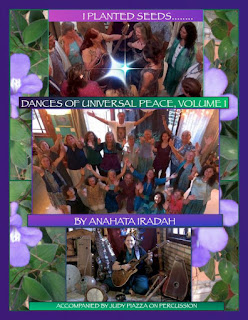